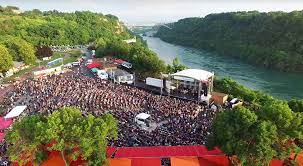 This concert will features works by JP Jofre for cello and bandoneon that will be recorded and released on all streaming platforms next year.  Returning to Artpark after a moving and stunning performance last summer, the New York City-based JP Jofre Hard Tango Chamber Band, was started in 2008 by bandoneonist and composer Juan Pablo (J.P.) Jofre. The quintet focuses on Jofre’s original works as well as authentic interpretations of legendary composer Astor Piazzolla. Argentinian expatriate JP Jofre, highlighted several times by The New York Times, and praised by Lincoln Center, who called him “one of today’s leading tango artists,” has seen his reputation grow by leaps and bounds.