“Mr. Mesa’s playing had a musical intensity that was commanding in every detail.” 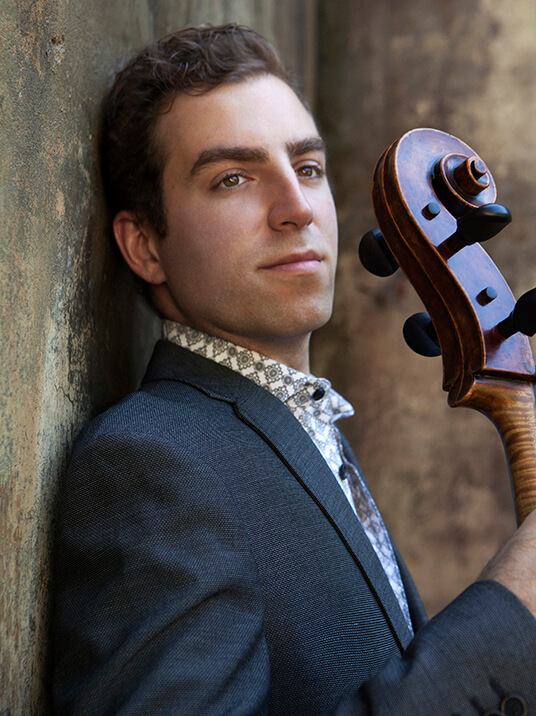 One of the most charismatic, innovative, and engaging performers of his generation

Thomas Mesa, Cuban-American cellist, has established himself as one of the most charismatic, innovative, and engaging performers of his generation.  He was the winner of the $50,000 First Prize in the 2016 Sphinx Competition and the Astral Artists 2017 National Auditions.  He has appeared as soloist at the Supreme Court of the United States on three occasions and with major orchestras including the Los Angeles Philharmonic at the Hollywood Bowl, The Cleveland Orchestra, The Philadelphia Orchestra,  Indianapolis Symphony Orchestra, Santa Barbara Symphony, and New Jersey Symphony Orchestra.

Highlights in the 2022/2023 and 2023/2024 seasons include curating and performing chamber music programs with the Indianapolis Symphony Orchestra, soloist with Sphinx Virtuosi touring at major venues across the U.S. with Jessie Montgomery’s Divided for solo cello and orchestra,  almost 100 recitals, a residency at Colburn Conservatory, and many new commissions, premieres, and recording proejcts.  Venues will include places such as Carnegie Hall, the MET Museum, Philadelphia Chamber Music Society, The Supreme Court of the United States, Colburn School of Music, Kohler Foundation, and many more.

As a recording artist, Thomas will be releasing many albums including duo albums with pianist Michelle Cann, pianist Olga Kern, and bandoneonist JP Jofre. Additionally, an album of works for cello by Andrea Casarrubios.

Thomas is the cello professor at The Conservatory of Music at Purchase College (SUNY).